Headway OceanGuard® Ballast Water Management System (BWMS) has just obtained the JG Type Approval based on IMO BWMS Code (MEPC 300(72))issued by the MLIT of Japan. Therefore, Headway has become the world's fifth BWMS manufacturer that has obtained such TAC issued by JG. 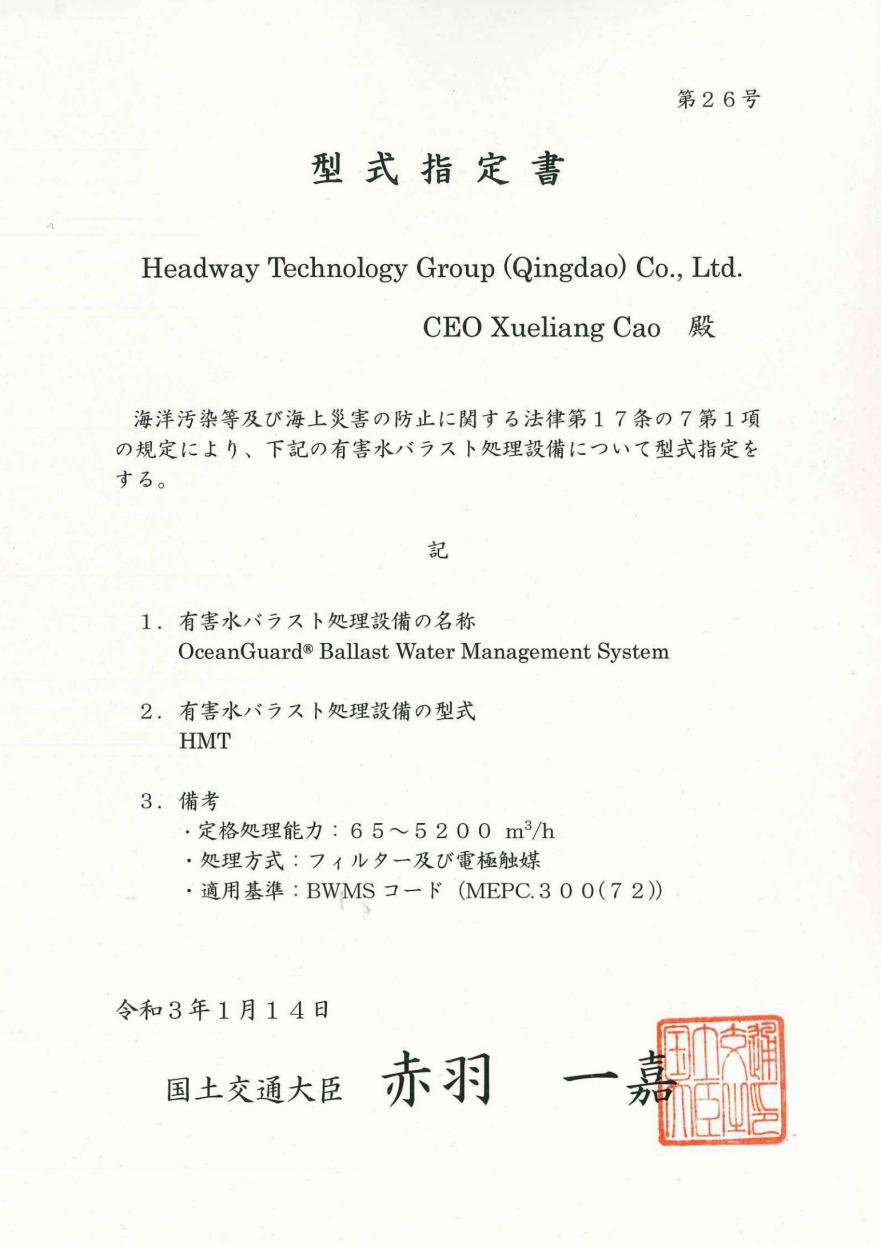 The IMO BWMS Code is the most authoritative international standard for BWMS. According to the regulations of the Japanese government, all the ballast water management systems onboard Japanese Flag ships must obtain the JG Type Approval based on the latest BWMS Code. According to ClassNK, with the revised G8 guidelines went into force on October 29, 2020, any Japanese ship installed a BWMS without the latest Type Approval, may face the risk of deficiencies. During the certification process, OceanGuard® BWMS successfully passed multiple stringent inspections including written information review, factory review, and Japanese government approval. It is reported that Headway has received orders for OceanGuard® BWMS from Japanese shipowners during the certification stage, which also shows that the quality of the system has been recognized by the Japanese government and the market. 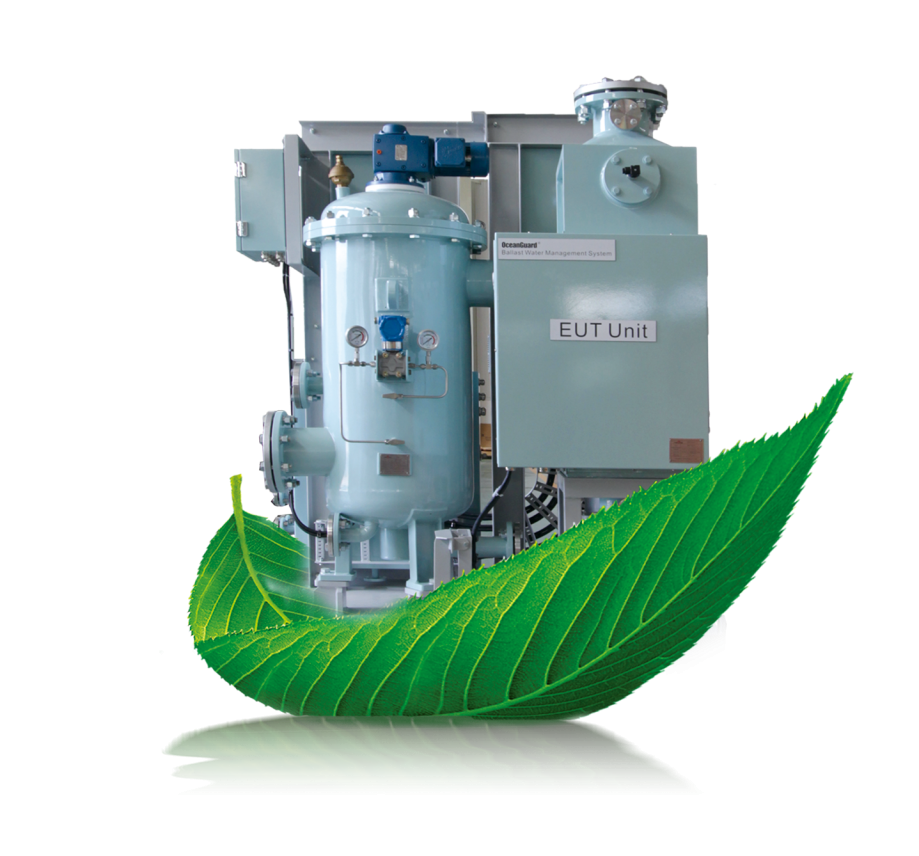 OceanGuard® BWMS, an independently developed product of Headway Technology Group (Qingdao) Co., Ltd., empowered by the AEOP technology and the full automatic back-flushing filter, the system has the advantages of a single treatment and less holding-time. It's also not affected by the salinity, temperature, or turbidity of the water. At the same time, OceanGuard® BWMS has successively obtained recognition of nearly 20 major classification societies and flag states. The market share ranks among the top in the world.

The JG Type Approval Certificate based on IMO BWMS Code is of great strategic significance for OceanGuard® BWMS. It will help Headway continue to develop the Asian markets and enhance the global influence of the Headway brand.